EDAM provides consultancy services in accordance with the requirements of the institutions including  curriculum development, content production and applied education.

Family Education Program (AEP) is a special program that has been developed to train and educate families in the areas of education, legal rights, finance, media and health. AEP was developed for the Ministry of Family and Social Policies General Directorate of Family and Social Services. Additional content, which is free to download from the AEP website, was prepared by a group of experts in their respective fields. These include, 23 course books covering the fields of family education and communication, legislation, finance, media and health as well as 9 books for trainers and managers. The last stage of the development of Family Education Program consisted of the training of trainers and publicity. In this regard, a total of 134 trainers comprising of at least one representative from each city were trained; pilot trainings were rigorously tested in 5 provinces and a web portal enabling the management and monitoring of all the activities were developed and put to use. 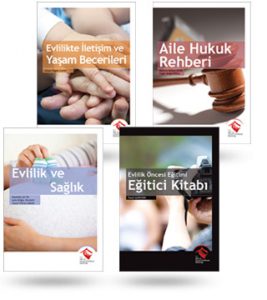 Scientific assistance and educational consultancy services were provided to Bayrampaşa Municipality Science Center, which was established by the municipality with the aim of supporting the independent activities of primary and high school students in order to of develop their skills in science and mathematics.
ÇOYDER (Association for Education and Relief for Children)

ÇOYDER (Association for Education and Relief for Children)

Consultancy services given to ÇOYDER for institutional structuring and establishment of the association bodies.
DİB (Directorate of Religious Affairs)

Çocuğuz Kur’an Okuyoruz (We are Children Reading the Quran) is a TV Program consisting of 30 episodes prepared for Diyanet TV in order to teach children how to read the Quran in Arabic. 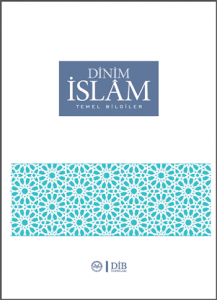 Islam is my Religion (Dinim İslam)

Islam is my Religion is a course book prepared for the Directorate of Religious Affairs to be used in Quran Courses throughout Turkey and in Turkish communities throughout the world for religious education programs designed for adults. 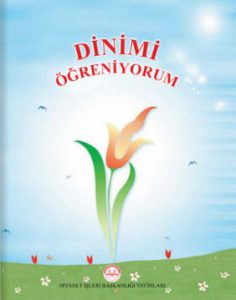 Dinimi Öğreniyorum (Learning My Religion) is one of the children’s books written and prepared for the Directorate of Religious Affairs Publications. The book was published in 2005 and is distinguished by its simple and concise narrative as well as its authentic style. The book, which has been translated into 21 languages and printed more than a 2 million copies since its publication, is mainly used in the activities of the Directorate of Religious Affairs abroad. 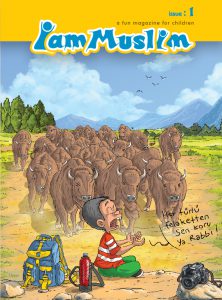 IamMuslim, is a bilingual religious education magazine designed for the children of Turkish citizens living abroad. It was produced in 2014 for the Directorate of Religious Affairs Agency of Religious Publications, and distributed in the Turkish children in the English speaking world. 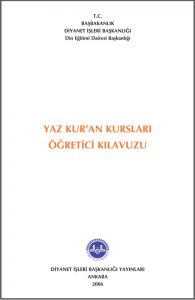 This is a Turkish coursebook set (for 1st to 7th grades) prepared for Erdem Publications. The set includes a coursebook, student exercise book and a teacher guide book prepared in accordance with the Ministry of Education Turkish course curriculum for each grade. The set also includes Okuma Yazma Öğreniyorum (I Am Learning How to Read and Write), a book designed for 1st grade children. The set was prepared and submitted to the Board of Education and Discipline by Erdem Publications in 2006. It was then approved as the coursebook to be used in all primary and secondary schools across Turkey. 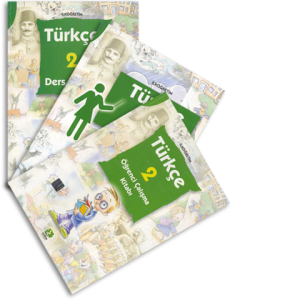 EDAM consultancy services are offered to İGİAD, which was established with the objective of carrying out activities in the fields of entrepreneurship and work ethics. EDAM works with them in areas of organizational structuring and the establishment of association bodies.
Nakkaş Production The Moral Education Series consists of 13 VDCs with an accompanying 13 books are prepared with the aim of providing character education to children aged 4-6. These cartoons are translated from English and EDAM oversaw the educational compatibility of the material for the Turkish audience. 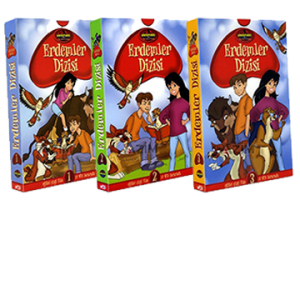 Moral Education Series Educatory Cartoons VCD Set is prepared with the aim of providing character education to children aged 4-10. It consists of a total of 30 cartoons offered in 3 sets/boxes. EDAM ensured the pedagogical compatibility of the books, which are translated from English, for the Turkish audience.
PRODEM Project Evaluation Center

STKYP (Sivil Toplum Kuruluşları Yönetici Eğitim Programı) [Non-Governmental Organizations Management Training Programme], was a training program designed for managers of non-governmental organizations, which was offered twice a year at the EDAM (Educational Consultancy & Research Center) training hall on behalf of PRODEM (Project Evaluation Center) from year 2000 up until 2006. The program included seminars and workshops on many subjects including the concept of an NGO, its operating rationale, financial administration, planning, sourcing, organization and management, public relations and marketing, lobbying, total quality management, the development and maintenance of foreign relations, effective performance evaluation and report development. Following these seminars and workshops, the participants visited a variety of non-governmental organizations to observe the practical implementation of this theoretical knowledge.

Around 120 NGO administrators from 85 different non-governmental organizations took part in the program.

The objective of SEDEP is to teach fundamental humanitarian values to students enrolled in nursery, primary and secondary schools. The program is implemented in accordance with the official curriculum. Moreover, supplementary books and trainings are prepared for families and teachers within the scope of the project. SEDEP has been conducted since 2011 fall semester focusing on the topics of Justice, Honesty, Friendship, Self Control, Self Confidence, Patience, Respect, Benevolence, Leadership, Responsibility 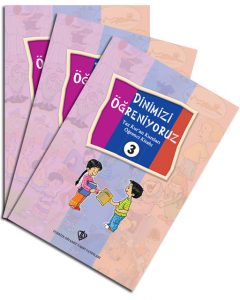 Set of books prepared for the Turkish Religious Foundation for the education of students enrolled in secondary schools who are taking part in Summer Quran Courses throughout Turkey. The set is composed of three books, each of which is designed for a different level. The content was set out in the Directorate of Religious Affairs Summer Quran Courses Education Program. 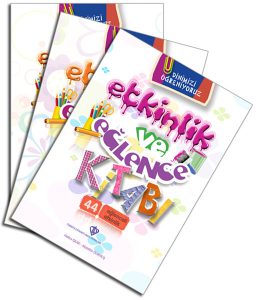 This set was prepared in parallel with the above Learning Our Religion Summer Quran Courses Coursebook for the education of secondary students who are taking part in Summer Quran Courses. Three different editions were published in the three terms following the first publication of the set. 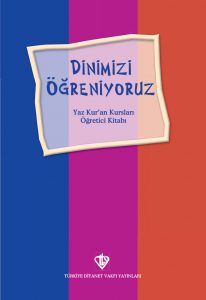 This is the teaching guide prepared for educators who use Learning Our Religion Summer Quran Courses Coursebook prepared for Turkish Religious Foundation.
YEKDER Association for Informal Education and Culture